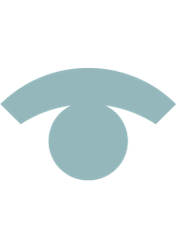 At the center of the exhibition itinerary of Le immagini della fantasia 38 exhibition is the famous art couple Olga and Andrej Dugin, artists belonging to the high school of artistic illustration, originally from Moscow and residing in Stuttgart since 1989.
Their books are the expression of a cultured art, capable of probing the depths and rising to the surface, bringing with it a vital and mysterious universe at the same time. The reference to sixteenth-century Northern European painting is shown in the multiple interpretations of the space intended as a scenographic place in which the characters of the story move. On the pages appear real fantastic inventories made up of objects, portraits, costumes, architecture. The detail emerges with the strength of the symbol and creates connections of dramatic and heroic meanings together.
“Their work surprises with its beauty of ordinary things and the charm of its natural forms. Images to contemplate and ponder: marvellously sensitive illustrations that seem to form part of a timeless dialogue; studies of the intrinsic, basic impulses evocative of the theatrical, characters in a game of chess waiting to make their move. Yet their illustrations are also emotions that are transformed by the immediacy of an action: an object, a scene, lights and shadows. “. *
The illustrations seem to contain the man-made grandeur of Humanism and the power of a nature that has never been tamed and is continually able to amaze.
* Gabriel Pacheco, “The emblems of the immaterIal”, in “Le immagini della fantasia 38”, catalog of the International Exhibition of Illustration for Children, Tapirulan Editions, 2020

Olga Dugina and Andrej Dugin have been working together since the beginning of their meeting, dedicating themselves to editorial illustration thanks to the collaboration with the German publishing house Esslinger in der Thienemann-Esslinger Verlag GmbH.

Their recognized mastery leads them to collaborate as concept artist in the production of “Harry Potter and the Prisoner of Azkaban”, a film for which they made numerous drawings between 2002 and 2003. In 2004, Madonna requested their presence for the illustration of the book “The Adventures of Abdi” published in Italy by Feltrinelli. The exhibition activity as illustrator artists is also intense, in particular at the Contemporary Art Gallery Haberkern in Stuttgart.