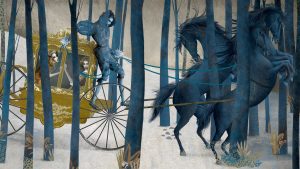 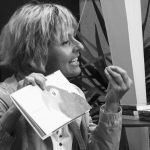 The fairytale is a fantastic narrative, which has accompanied the history of man, first in its oral form and then in writing. As a repository of the popular oral traditions, over the centuries the fairytale has assumed ever more complex, complex, hybrid forms that reflect its kaleidoscopic historical, social and cultural evolution. Under this great umbrella there are writers, scholars, critics and writers from all over the world: the German philologists Jacob and Wilhelm Grimm, the Russian folklorist Aleksandr Nikolaevič Afanas’ev, Charles Perrault, a famous academic who grew up at the court of the Sun King, the visionary Danish writer Hans Christian Andersen. Its transmigrating nature made it be a coveted field of conquest in contemporary children’s literature, in cinema but also in new media: videogames and digital apps.

Although they were not per se created or designed for children, fairy tales managed to harmonize with the world of children almost from the dawn of civilization. The robust animism with which they are endowed certainly facilitated this approach. Enchanted landscapes, talking animals, wonderful clothes, magic objects make the qualities of the hero and heroine manifest, as well as their social belonging and their status, and are able to convey symbolic messages, which reveal a lot of the role of a character, of the privileges s/he enjoys, the powers s/he embodies, the dramas s/he suffers from. Delicious and favorable premises to win over readers, young and old, and to make it the most important literary form of joint sharing between children and adults.

During the course we will work together and learn to analyze forms, functions, representations and symbolisms of the fairytale, to build comparisons between the world of the folk tale and its contemporary rewritings and to evaluate the educational effects of the fairytale, framing them in original narrative tracks to be used at school, in nurseries, in bookstores, in the library and in other extracurricular contexts. It will also be an opportunity to make the most of the planning of engaging paths dedicated to the fairytale according to the different age groups: from early childhood to adolescence.

Program
The course will be developed according to the following training modules:
1. To know the historical evolution and the contemporary contaminations of fairytales;
2. To explore the critical-theoretical horizons and the methodological practices for the study and analysis of the popular fairytale and of contemporary rewritings;
3. To choose, read, interpret and compare characters, environments and magical objects of the past and present according to a cross-media approach (literature, art, cinema and digital);
4. To analyze case studies, nationally and internationally;
5. To build creative paths in the school and extra-curricular fields.

The course is adressed to authors, illustrators, teachers and educators of all levels (childhood, primary, secondary), librarians, booksellers, museum and socio-cultural operators, coordinators of school and extra-school services.

Participants are required to bring their own technical and artistic materials. It will be the teacher’s care to provide precise and punctual information about the materials before the course starts.

In preparation for the course, it is advisable to browse through some illustrated books dedicated to the fairytale, in particular, it is recommended to read some versions of Bluebeard, Little Red Riding Hood, Cinderella, Puss in Boots and Rapunzel.

Deadline for entering : the enrolment deadline is one month before the beginning of the course, unless otherwise specified. Late enrolments will be accepted dependent upon available places.