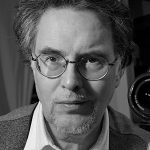 He was born in Madrid in 1955. He initially began studying biology, but later changed direction and decided to devote himself to art, studying at the Circulo de Bellas Artes de Madrid and attending courses of the Spanish Group of watercolour artists. In 1983 he illustrated Hemingway’s “The Faithful Bull”, for which he received an award by the International Biennale of Bratislava. His greatest success, however, was within the world of illustrated books in Europe; he soon established himself as one of the greatest book illustrators of the XX century. He was a member of various collectives and he carried on many didactic programmes in schools all over Italy. His books have been translated into 20 different languages. Currently, he continues working as an illustrator of Italian books on the themes of childhood and religion.