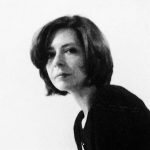 She was born in Vicenza in 1975. She lives in Arcugnano, in the province of Vicenza, and she works as a professional illustrator both for Italian and foreign publishers. Her illustrated books have been published in Italy, France, Germany, Switzerland, Spain, Portugal, the Netherlands, Greece, Taiwan and Korea. Her illustrations have been displayed in many cities, among which: Vicenza, Pavia, Mantua, Milan, Verona, the Museum of American Illustration in New York, the International Bologna Children’s Book Fair, the Itabashi Art Museum and the Italian Institute of Culture in Tokyo, the Music Auditorium in Athens, Palazzo delle Esposizioni in Rome, Casa dei Carraresi in Treviso. She has received awards and acknowledgements in national and international contests, among which the “State Award” as best foreign illustrator by the Greek Ministry of Culture in 2006 and the “Emanuele Luzzanti” Prize in 2009.