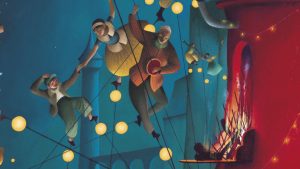 Imagine reading a story set in a world flooded with calm light, where time does not exist, there are no noises, only a light breeze. It is a day, or an evening, or a night, of immense tranquility. We have lost sight of the line that separates reality from imagination: everything is a fluid, communicating space. The only thing that interests us is to find out more about what we are contemplating …

We are faced with figures molded in the substance of which dreams are made: the creations of our Guest of Honor are rooms of wonders in which technical excellence becomes a tool to create a playful space for welcoming and exploring emotions, knowledge, imagination. A space in which the substance of the colors is imbued with a green water that gives off a particular light, a feeling of smoothness and harmony. A space to expand the reality of reading, reaching imagination as a cognitive and emotional act.

Born in Vichy (France) in 1976, Éric Puybaret made his debut in the world of illustration after the National School of Decorative Arts in Paris. He has published over 40 books translated into various languages, from classics such as Sleeping Beauty or Alice in Wonderland to poetic and mysterious texts now in turn new classics, such as With the head in the clouds or Grains of houses. Awarded in 1999 at the Children’s Books Fair in Bologna, he is an international aesthetic referent, an author who knows how to draw the subtle substance of fantasy. 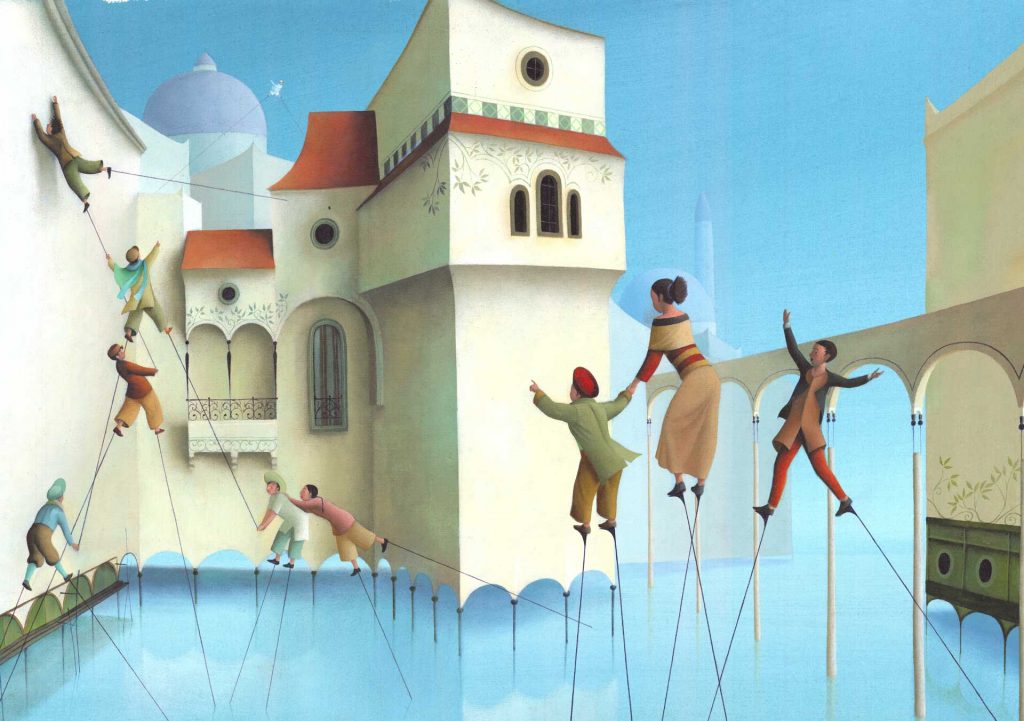 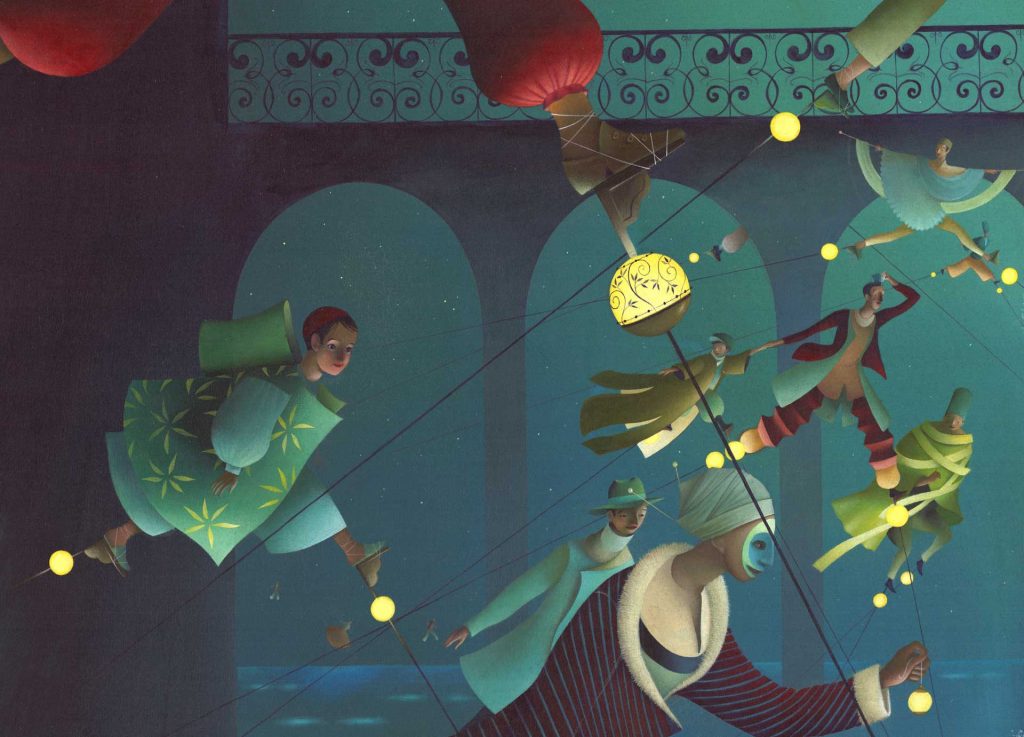 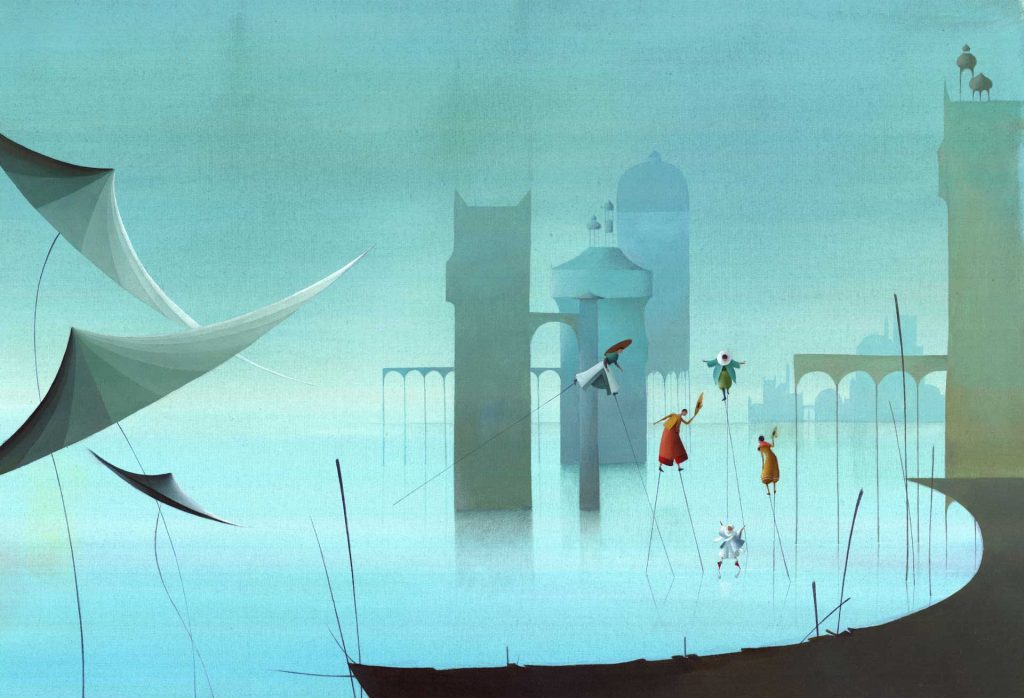 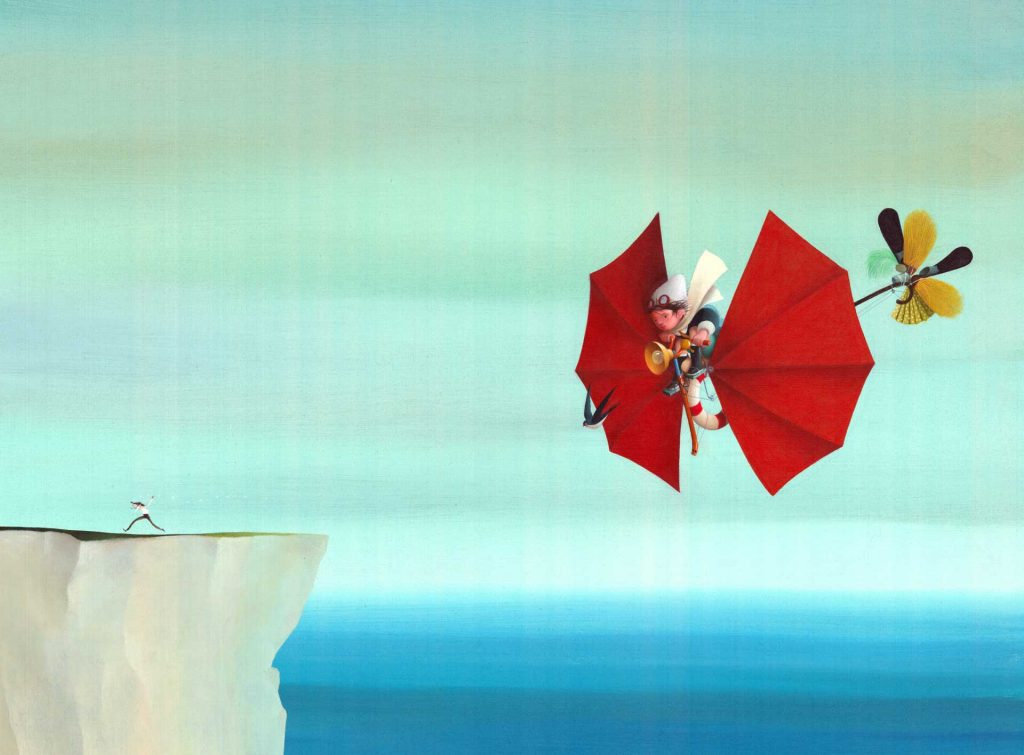 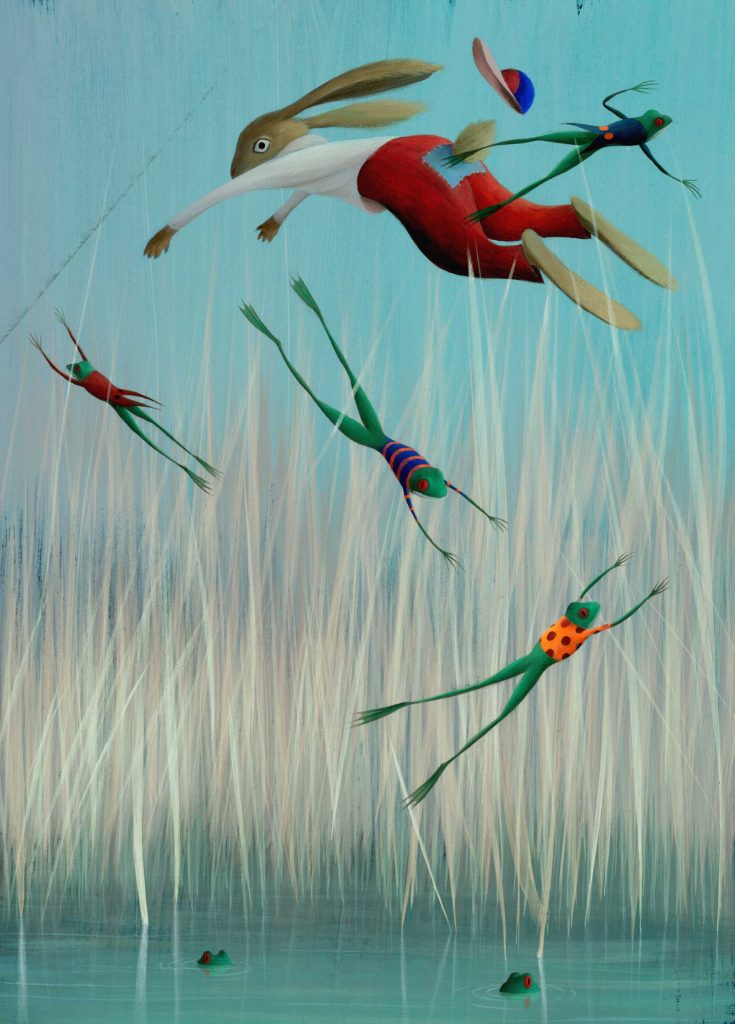 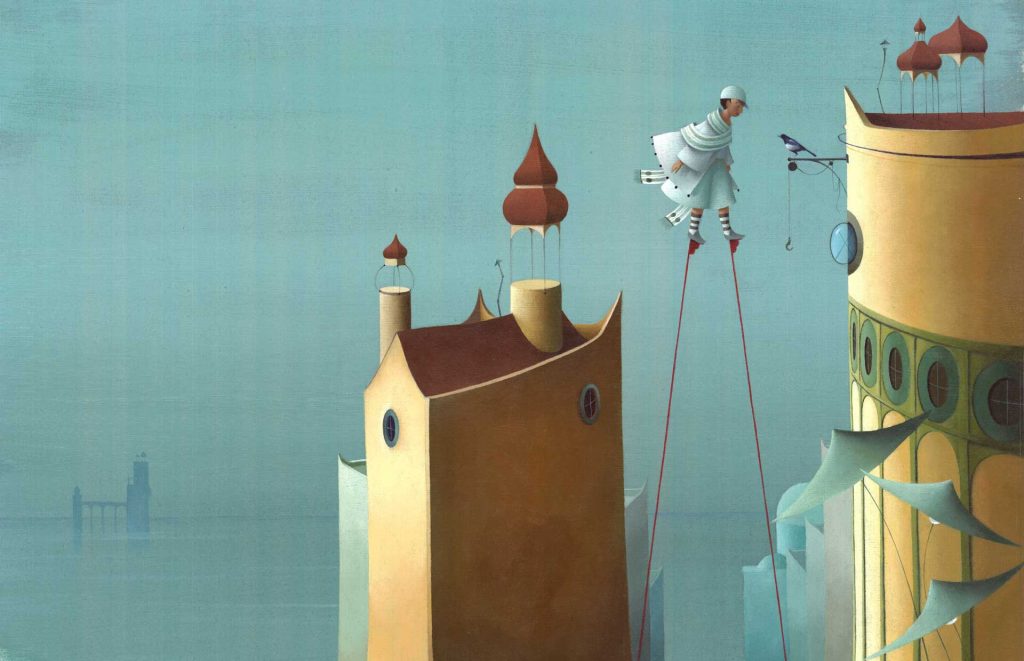